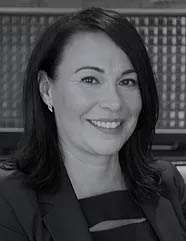 Carissa is an accomplished and proactive commercial lawyer, business advisor and negotiator with experience in managing risk and a broad range of legal affairs for government, start-ups, mid-market and multinational companies. She has worked in-house for large electricity generators in Alberta and British Columbia worked with technology companies, renewable power companies, energy services companies and energy trading companies.

She was appointed by the Lieutenant Governor to the Board of Directors of Energy Efficiency Alberta, a Crown Corporation and has previously served as Corporate Secretary for a joint venture between TransAlta and MidAmerican Energy. She also served as a Director of CFAR Society, a non-profit organization. Prior to working in law, Carissa began her career in commodity trading (natural gas and electricity) and midstream gas services.

While at Energy Efficiency Alberta she was in Governance, Human rights and was aboard development Member. Then at CFAR Society, she worked as a secretary, in governance, as a communications member and an audit member.

<< Back to Our People

EnerNEXT is a boutique legal and advisory platform focused on energy, cleantech and sustainability. We have extensive experience in oil & gas, conventional and alternative energy, cleantech, climate change and emissions trading; as well as corporate, securities, commercial, aboriginal and construction law, environmental compliance, liability and risk management and strategic planning. We advise businesses in the energy and technology sectors by employing a unique service delivery model, and a solution-oriented approach.

2018 by EnerNEXT Partners.
Scroll to Top